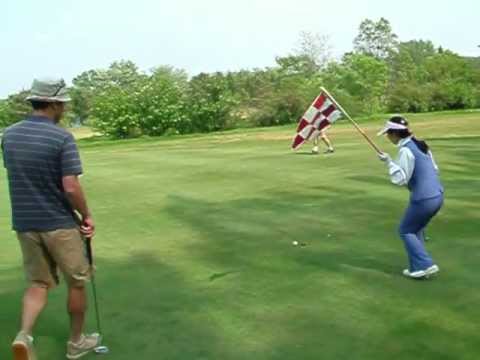 For instance, the story of two men from Brisbane who have reportedly duped two officials from North Korea and made them think that they are golf pros who have come to be part of the Golf Open in the country. The story circulated and surfaced in the Channel Nine of Brisbane this very week. After that, the story went viral and the pair was interviewed by The Project on Channel 10 as well as their story having circulated among websites like the Golf Channel, SB Nation, Golf Digest and others.

The men probably tricked or fooled officials to believe that they were there to play in the North Korean Open as professional golfers. The men, however, did not really land up at any major event, but an amateur one in North Korea. Hence, it could be said that it was more as an adventure vacation for them, which also included their participation in a tournament that was a one day golf event. This event was open for participation by all, golfers who were at any level and could participate in the event except residents from South Korea. The event was being hosted by Lupine Travel which is a UK based travel company. The event was held at the Pyongyang Golf Complex and it has been a regular event since 2011.

Players from different nations have won the winning title in the six years that the country has been hosting the event. This year the winner was a Polish player. However, even though the Brisbane men did not win anything at the event, the fact that their presence game worked out was a revelation to the world and has definitely brought a lot of excitement to the Brisbane local communities.